And a great deal of the time, those practical considerations do need to guide our behaviour as individuals and communities. Jesus profoundly values Mary and her gesture in this gospel.

He finds her pouring of fragrant oil over his feet and wiping them with her hair deeply meaningful, and he will not allow this beautiful, intimate moment to be ruined by the mean-spirited practicality of Judas. What makes Judas even more blameworthy — and even more of a warning to us — is that he overlays his criticism of Mary with a virtuous moral justification.

Have you ever seen this happen at church? Someone takes the moral high ground, not out of love but because it places them in a position to score points on someone else. In this moment, Mary and her gesture mean more than Judas and his proposed action. Or will they? Because the things that inspire us to greatness are often exactly that: useless gestures. I read a great example of that phenomenon this week. He and millions of others were suddenly uprooted by the surprise bombardment of Leningrad by German forces, breaking the non-aggression pact Hitler had signed with Russia and beginning a siege that would last almost two and a half years.

Although Shostakovich was evacuated, his heart remained with his besieged city, and he began writing what would become the defining work of his career. His massive Seventh Symphony began to take shape, music that told the story of war and sacrifice and heroism, inspired by and dedicated to Leningrad. Shostakovich finished the symphony, and it premiered to worldwide acclaim in Moscow, London, and New York. But Shostakovich knew that the true premiere had not happened yet. The Leningrad Symphony, to truly come to life, had to be played in Leningrad.

Eventually on August 9, , the cobbled together starving orchestra in Leningrad performed the entire Symphony Number 7 for their audience of emaciated but defiant fellow citizens in an epic triumph of the human spirit.

This was the exact date Hitler had boasted he would have a victory dinner in the Hotel Astoria to celebrate conquering Leningrad. The symphony played by the starving orchestra — is essentially a useless gesture. It did not shorten the siege or provide any food or help defeat the Nazi forces. In fact, three musicians in the orchestra died during the rehearsal period, their lives undoubtedly shortened by having exerted themselves physically to play. But this useless gesture helped a city beaten down almost to death hold on long enough to be liberated.

He knew he was going to his death, and he knew it would not be an easy death. Mary would soon face the grief of losing her beloved teacher and friend to an unjust, violent execution. They both had ordeals before them that were on par with or even exceeded what the besieged citizens of Leningrad underwent.

All of us, while perhaps not driven to the extremes that Jesus, Mary, and the Leningraders were, have faced times in our lives where our bodies, minds, and spirits are pushed far beyond what we think we can endure. 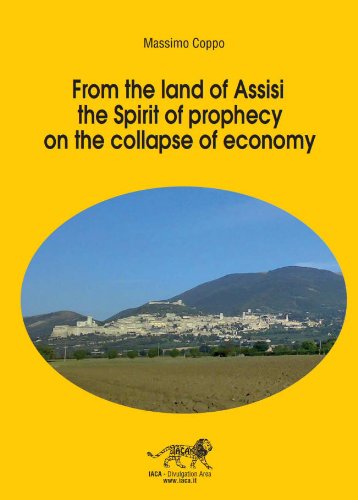 These moments when comfort and reason and relief seem like bizarre and foreign concepts happen to all of us. And what gets us through those moments? Is it the moral pontification of Judas, the building up of our virtuous self-image through studiously practical good works? These small moments of devotion between people who love each other — these useless gestures — they are what sustain our courage when all seems futile, and that is what we see between Jesus and Mary in the gospel.

Because even the great inspiring moments of life, like the Leningrad performance of the 7th Symphony, are made up of a thousand small actions. The moment that inspired a city to triumph over fascism was in reality built by individuals that rose above what others thought possible. These are gestures made of love.

They are the hearts and spirits of musicians giving the feeble strength of their bodies for their city. They saw the faces of their children, their parents, their wives and husbands. When Jesus surrendered himself to the authorities, he did not see the broad sweep of the cosmos he was about to die to save.

He saw your face, He saw my face. So ask yourself: have you made an impractical gesture of love today? Have you done something useless that has no other value than to give of yourself to another? And having been warned in a dream not to return to Herod, they left for their own country by another road. Readings: Isa All this was a long time ago, I remember, And I would do it again, but set down This set down This: were we led all that way for Birth or Death?

There was a Birth, certainly, We had evidence and no doubt. I had seen birth and death, But had thought they were different; this Birth was Hard and bitter agony for us, like Death, our death. We returned to our places, these Kingdoms, But no longer at ease here, in the old dispensation, With an alien people clutching their gods. I should be glad of another death. The Scriptural account of the visit of the Magi also combines birth with death.

They offered him gifts of gold, frankincense and myrrh. Gold for kingship, incense as indicator of divine presence and worship; myrrh for the anointing of the dead. These three gifts, when given to the Christ-child sum up the entirety of Christian doctrine. God, born as one of us, reigns on earth as in heaven, and death itself will be defeated by this child.


When we look at our first reading, from Isaiah, prophesying the coming of the gentiles with gifts of gold and frankincense, we see that Eliot takes his lead from St Matthew. The inclusion of myrrh highlights the importance of the death this baby will undergo.

Earlier in the poem, Eliot has one of the magi recounting their journey toward Bethlehem. The imagery is rich. The magi journey toward Bethlehem through a strange land, of empty wine-skins. A land just as moribund as the kingdoms to which they return: these Kingdoms, but no longer at ease here, in the old dispensation, with an alien people clutching their gods. They look forward to the death of the Christ-child they have just paid homage to.

They return home and their world is turned upside down. They glimpse a little of the what Christ comes to accomplish. Each week in this place, we make a similar journey to the magi. We come here from wherever we live, passing through streets which ring empty with their promise of easy happiness through buying this or consuming that. We come away, back to our places, back to coffee after Mass, back home; each week slightly altered like the Magi.

Everything seems the same, but each week we get the tiniest glimpse of something different. Another way of living, another set of possibilities, another presence in our lives beyond that which the world around us recognises; that world full of people clutching to their gods of this product or that experience. We return to our places, our homes and our kingdoms, slightly more ill at ease with the world around us, slightly more aware of the Christ-child in our lives. And we ask ourselves, what did we give the Christ-child when we encountered him in that place?

Where do the years ago? In this episode, the twelve-year old Jesus goes missing. Every parents' nightmare. The first century equivalent on Home Alone 2. They rush back to Jerusalem, only to find him in the Temple. Sorting right from wrong. Who do you say that I am? Do you believe this? Who are my mothers and brothers? Samuel is a child given entirely to the Lord by his mother Hannah. In Christ, God has taken us to himself. In Christ, God has revealed himself to us. In Christ, we learn what true wisdom is.

Wisdom takes nothing for granted. Jesus not only teaches us the path to wisdom by the questions he asks in his day. Being born into poverty, becoming a refugee, dying as a political criminal. What is Jesus asking us today? What is Jesus asking of us today? How are we being called to follow the Wisdom of God in this place? They start very early in December, if not before, and there seems to be a great competitive spirit about them.

I find after a while their repetition becomes not just a distraction but creates a determination not to shop in that particular Store. What influence do they really have? Do they inspire us to think more closely about the real significance of Christmas?